New Ways to Get In and Play 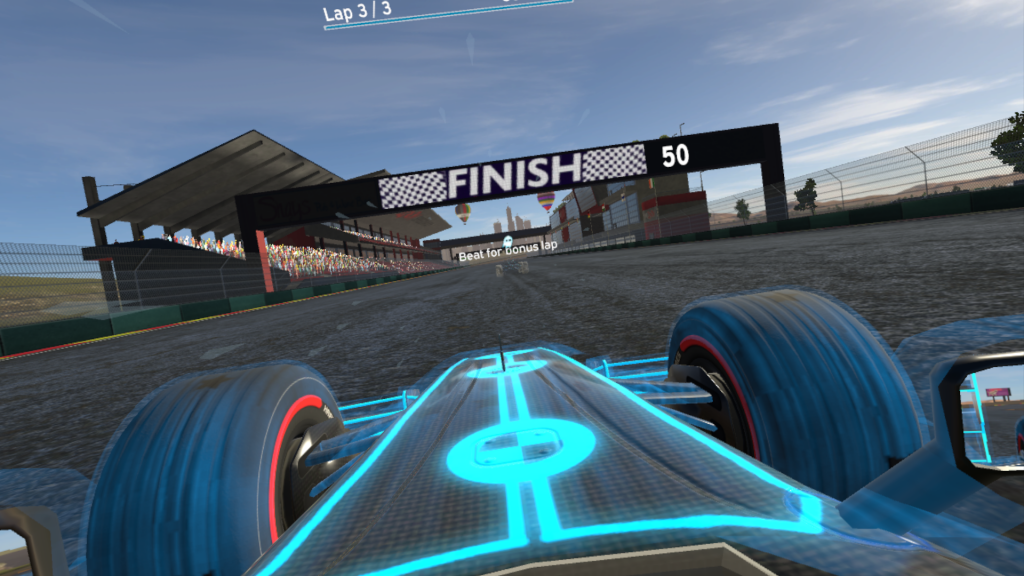 The next time you log into VirZOOM Arcade, you’ll probably notice some changes in how you get around in the menus. Looking at survey data and usage telemetry, we now have a better understanding of how players want to use VirZOOM, and made it easier to quickly get signed up, logged in, and working out. Some highlights include…

Get in fast: You can still do everything you’ve always done before in VirZOOM, but we’ve moved some things around so it’s now super fast to get into the games you want to play. Now, you’ll be automatically signed into the last account you used for VirZOOM Arcade, and getting into Quickplay mode with just a single button click will bring you to a menu with all our games.

To choose a different account or manage avatar upgrades, head over to the Options menu. And while Quickplay – which allows you to pick any game to play online – is by far our most played workout mode, you can still access Timed Workout, Custom Workout, and Hotseat by simply leaning to the left or right when you sign in.

And speaking of signing in, you’ll notice that a number of things you used to have to do every time you signed in are now only ever done the first time you sign in. Tutorials and calibration instructions will disappear after they’ve been completed,  and you’ll no longer be instructed to “lean left and right” every time you launch. (But if you miss the soothing voice of Rob, our friendly neighborhood Lead Game Designer, you can add user “robkaySF” as your friend at My VirZOOM.)

Google authentication: We’ve also gotten some great feedback from users about making the account registration process a bit easier. Among other small tweaks, you can now create a VirZOOM account using your Google Account, or link an existing VirZOOM account to an existing Google account. Please do let us know if there are other services you’d like to see integrated this way, like Facebook authentication – if this proves popular, we can add more!

360° video capture on PC: This release also includes a new feature for you the aspiring VR filmmakers out there. On the left handlebar (or the d-pad, if you’re using a controller), press the left face button and then the bottom face button, and you’ll toggle video capture. Toggle it again, and you’ll have a 360° video you can watch in VR and elsewhere. Captured movies end up in a “Gallery” folder in the same folder as VirZOOM Arcade’s executable file (C:\Program Files (x86)\Steam\steamapps\common\VirZOOM). Before you share via social media like YouTube or Facebook, check Google’s support page on adding metadata so the uploads appear as 360° videos rather than 2D videos.

Oh, and the games: This release also includes tuning for River Run (to help you keep your Chopper aloft) and a fix for ghosts (which weren’t showing up for some players). The new menu structure also makes it more likely you’ll stumble upon a game you never even knew existed, so give something new a try!

This newly updated release is now available on both Steam and PlayStation. Please drop by the forums and let us know what you think!

PrevPreviousOff-roading for Bikes and Tanks Alike
Next360 Video on VirZOOMNext