Hints of What’s to Come 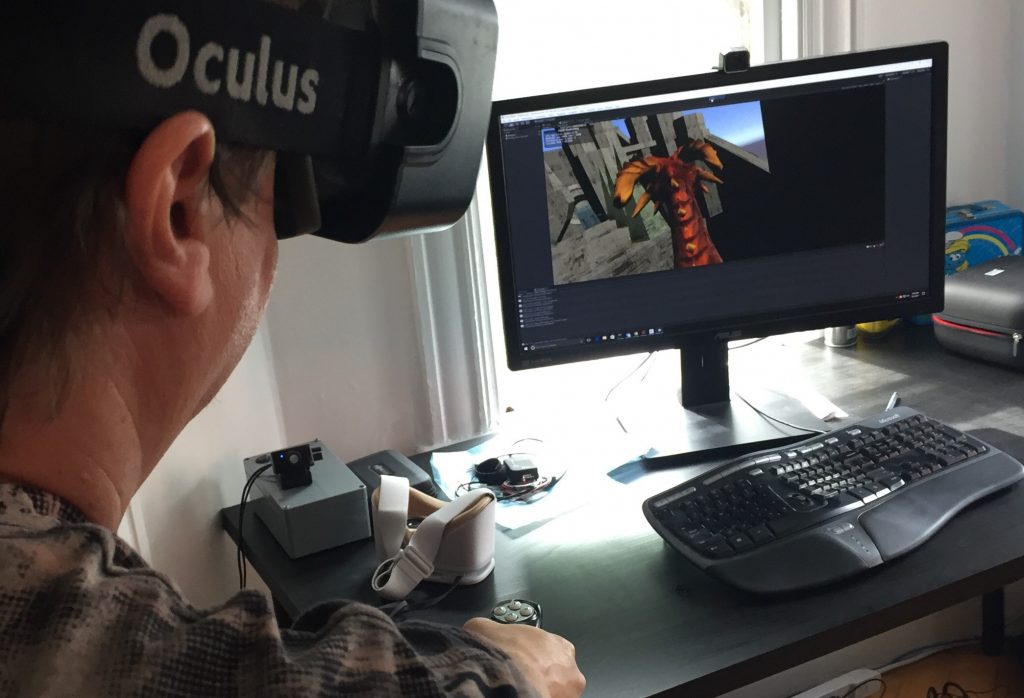 This week, we’re in the calm before the storm (or … the Thunder Bowl?). Next week, VirZOOM heads to E3, the premier event for interactive entertainment and games. We’re excited to show off some new projects we’ve been hard at work on for a while.

What projects, you ask? Well, we can’t say much just yet, but we can say that we had a great time offering a peek at some new stuff at IoT 2017. We’re looking forward to offering a way to enjoy VirZOOM from both home and the gym (and finally taking a couple frequently asked questions off our “Frequently Asked Questions” list…).

Meanwhile, we’re also busy evaluating what could be our next games for VirZOOM Arcade, to be announced further down the line. Game design and development is a multi-step process that includes reviewing feedback from players (yeah, we actually use listen!), tossing around internal pitches, and prototyping ideas that may or may not ever see the light of day. That process is guided by both where the community is headed and what the community has requested.

For instance, we realized some time ago that our multiplayer games worked best when players could come and go as they pleased. Now that player base has been steadily growing, we want to revisit ideas designed especially for head-to-head, and even team-based, experiences. We’re also gradually moving into gyms, so we’re researching what gym-goers wish we had, and what kinds of games would feel particularly inviting in that space. And even as we look to welcome new players, we’re trying out frequently requested concepts for those already comfortable with more intense VR movement. In every case, we have an overarching goal to make games that work especially well for exercise: not just games where you pedal to move, but games that get you to pedal hard sometimes, rest other times, and keep your blood pumping throughout.

We’re now in our prototype phase, building and trying out very rough test versions of a variety of games. This gives us a chance to check – before we devote a ton of resources – whether the basic concepts and activities would make a fun game that keeps players moving. This round of prototypes includes one take on mythical beasts taking to the air, a harrowing escape from things that go bump in the night, and a sunny drive beyond the confines of a race track, among other possibilities. (And we emphasize possibilities – this is all still early, so it’s possible whatever we do next will be something else entirely!)

After we determine which prototypes are most promising, we start focusing on specific games in earnest. New games will eventually enter VirZOOM Arcade in an early state. This gives us a chance to get your feedback about what’s working and what isn’t, and build even further. That’s how we went from Winterstan as a 10-minute shooting range to a battleground littered with various power-ups and tanks squaring off against giant robots. Even we can’t predict where a game will end up when we first release it.

Whatever surprises the coming days may bring, development is an ongoing process here at VirZOOM, and your voice counts. Drop by our forums to let us know what you think!