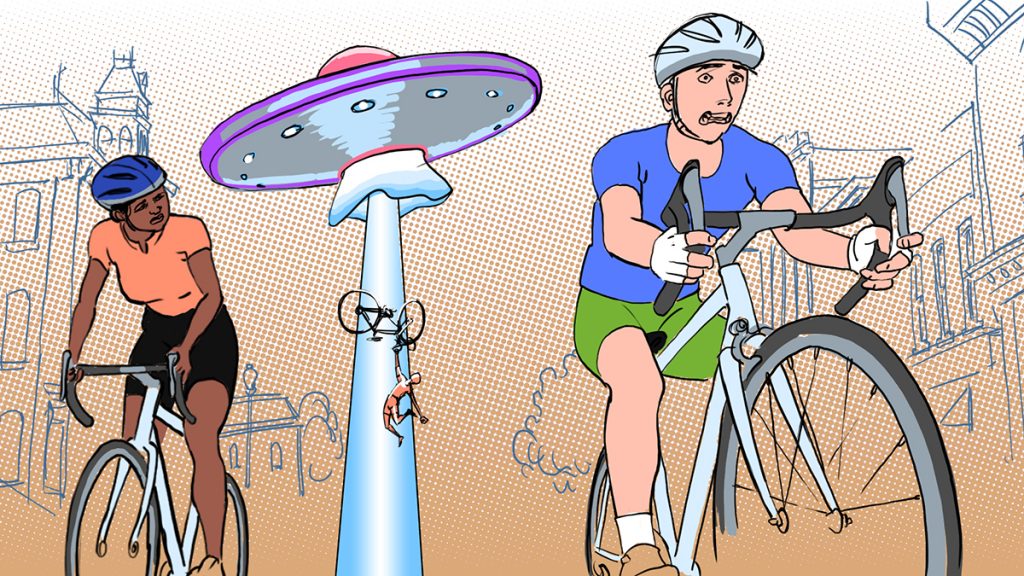 Other reports coming in from across the country!

On June 24th, 1947 Kenneth Arnold was piloting his Cali-Air A2 on a business trip from Chehalis, Washington to Yakima, Washington.  With weather conditions allowing for maximum visibility, Arnold decided to make a brief detour to Mount Rainier to see if he could spot a Marine transport that had recently crashed.  As Arnold approached the mountain he spotted a series of bright flashes in the distances flying in a long chain. The objects appeared to be other aircraft, but the speed at which they were moving around the mountain was too fast, faster than any aircraft known to man.  Looking to identify them by the shape he took a closer look and realized they had no tail, and were a convex shape.

Arnold landed in Yakima and reported his findings to the locals and fellow pilots. None of them were able to explain what he had seen and soon reporters started reaching out to Arnold. The wild tale of the speed of these aircraft and the way they moved captured everyone’s imagination and his story became known nationwide.  While he wasn’t the first person to see a UFO, his was the first story that used the term ‘flying saucer’ we all now use.

When we were looking for a new curated ride we started where we always do, looking for something beautiful that people may not be able to get to see in real life.

Mount Rainier is one of the prettiest places in the U.S. but due to its location and reputation for a difficult hike, it is not a place many get to visit.

After reading through the history of the mountain we chose the ride along Stevens Canyon Road. This 11.5 mile ride goes past many of the amazing sights on the mountain.  Inspiration Point, Reflection Lake and the majestic mountain range all make this one of the best rides we have found so far. In addition to the natural beauty, the story of Arnold’s UFO sightings on the Mountain were particularly interesting.  The first recorded ‘flying saucer’ was too cool to ignore, but we hadn’t done anything like this in Explorer before. The puzzle of how to incorporate this into the game began and we started brainstorming.

If you completed this ride already, then you know how the story ends.  We gave in to our inner nerds and added a fun reference to Arnold’s story early on in the ride.  If you haven’t seen it yet, you should hop on your bike and go check it out, along with the amazing views on this ride.

While Arnold’s story is the first to name the UFO’s as flying saucers his tale is by no means unique and neither is the UFO sighting on Mount Rainier.  Scattered across the U.S. we have added 6 other sightings to be found. As people discover them we will provide some tips and hints, but since none of the other sightings are on suggested routes it’s going to be a challenge and we hope you all work together to find them. We have created a spot on our forums to discuss ideas and you can find that here:  UFO Hunt

The truth is out there!

Location #2:
Clue: In the desert everyone needs a well in July

Clue: The red raiders say the lone star shines the brightest of lights, but only the hart has captured it

Location #5:
Clue: The wild prairie rose blew past over the football stadium and past the airport. Higher and higher it went but 14,000 feet was as far as it could go, before settling near the old broadway.

Location #6:
Clue: Brighter than the brightest star! The situation is developing rapidly, but fear not Van Buren is on the case.