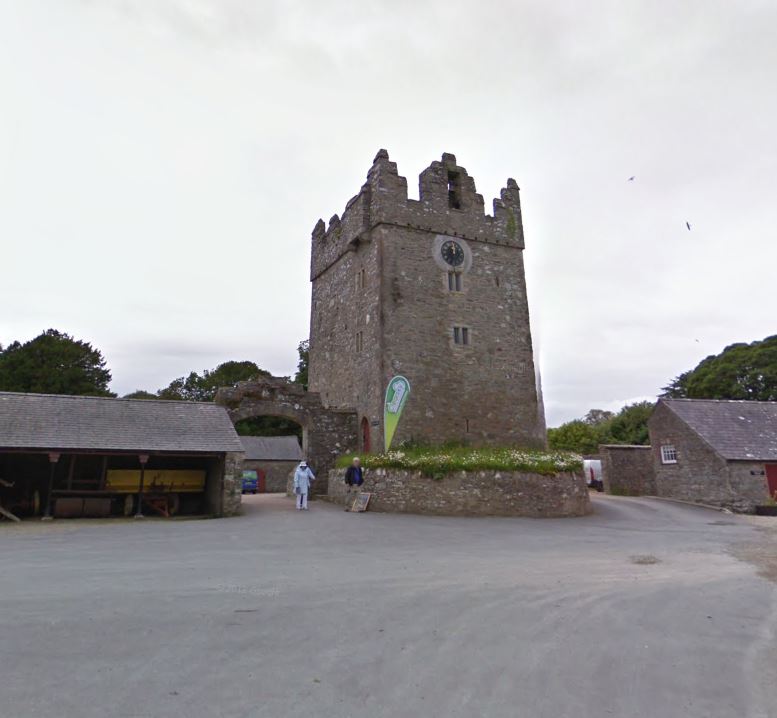 VZfit allows you to transport yourself to faraway places from the comfort of your home and Quest 2 while getting fit. Players can do a variety of exercises to move through virtual experiences of different parts of the world. With VZfit, fitness and adventure meet in one space. With the latest challenge from VZfit and VirZoom, riders travel to Ireland with a feature on filming locations from the HBO series Game Of Thrones.

Game Of Thrones is a hit HBO series based on the book series written by George R.R. Martin called “A Song Of Ice And Fire”. The Medieval fantasy epic follows the tale of powerful families with kings and queens battling for control of the Seven Kingdoms of Westeros. The iron throne is sought by powerful families. The series takes you on the epic tales of dragons, ghosts, and royalty. With much of the filming taking place in Northern Ireland, this challenging route from VZfit takes you straight to locations where many of the epic moments in the series have occurred.

Fans of Games Of Thrones will love curated routes through the filming locations of the hit HBO series. The route covers the Kingdom of the North and Winterfell Castle, Stormlands, Iron Islands, Dothraki grasslands, and more. Through the Quest 2 and, if you desire, a special adapter for stationary bikes, you’re able to experience the landscapes and beauty of the islands, coasts, islands, grasslands, castles, and forests where the epic series takes space. Of course, you can also play in standing mode if you don’t have a bike.

House Of Stark And Castles

The ride starts with the forests of the Kingdom of the North and the ancestral home of the House of Stark. Before riding past the Winterfell Castle, you’ll pass the majestic Quoile River, called Riverrun and Trident river in the show, and the Inch Abbey which was used as Stark camp. The Game Of Thrones ride takes you past many of the epic castles from the series including the Stokeworth, Pyke, and Riverrun Castle. Fans of the show will undoubtedly revel in recognizing the castles, camps, and locations.

The ride continues on the Dothraki sea and grasslands as well as the Stormlands. Immerse yourself in the land of the epic battles of the Game Of Thrones series. In addition to being able to see the locations of various parts of the series, you’ll also be able to take in the beauty of the various landscapes of the country of Ireland. Most of the Game Of Thrones ride takes place near the coast and allows you to take in the beauty.

The Stormlands of Game of Thrones are known for the treacherous and frequent storms that pass through the region and batter the coast. With the VZfit ride, you’ll be able to take in the beautiful landscape without having to experience the savage storms for which the location was named in the series. The Dothraki are nomadic warriors who travel by horseback through the grasslands in search of plunder. Riders will get to ride through the Dothraki grasslands and experience the Dothraki sea which is called the Shillanavogy in Ireland.

Those who love a coastal ride will revel in the beauty of the Iron Islands. The coast of Ireland has a beauty of its own. The hazy and misty coast of this part of the ride is picturesque and iconic of the Ireland coast.

In the series, the Iron Islands are run by the castle of Pyke by the House of Greyjoy. The ride also takes you past the Pyke Castle. It is sure to be a highlight of the epic ride through the Ireland Challenge from VZfit.

End Of The Route

The end of the virtual ride through the Game Of Thrones locations in Northern Ireland takes you through the Game of Thrones Exhibition, Cairncastle, and the Dark Hedges. The Game Of Thrones Exhibition is an amazing attraction dedicated to memorabilia, costumes, and set pieces from the show. The exhibition also holds weapons from the series as well as special unseen video clips.

The second to last stop of the ride is Cairncastle. This location was used to film scenes from Winterfell, Harrenhal, and Moat Cailin. The landscape features rolling green hills cut with jagged stone mountains for a truly epic view through your virtual reality headset. The final stop of the ride is King’s Road. In the series, this is the epic highway running through all of the Seven Kingdoms. The road itself runs the length of Ireland. Riders on the VZfit challenge tour will get to see the Northernmost point of the road.