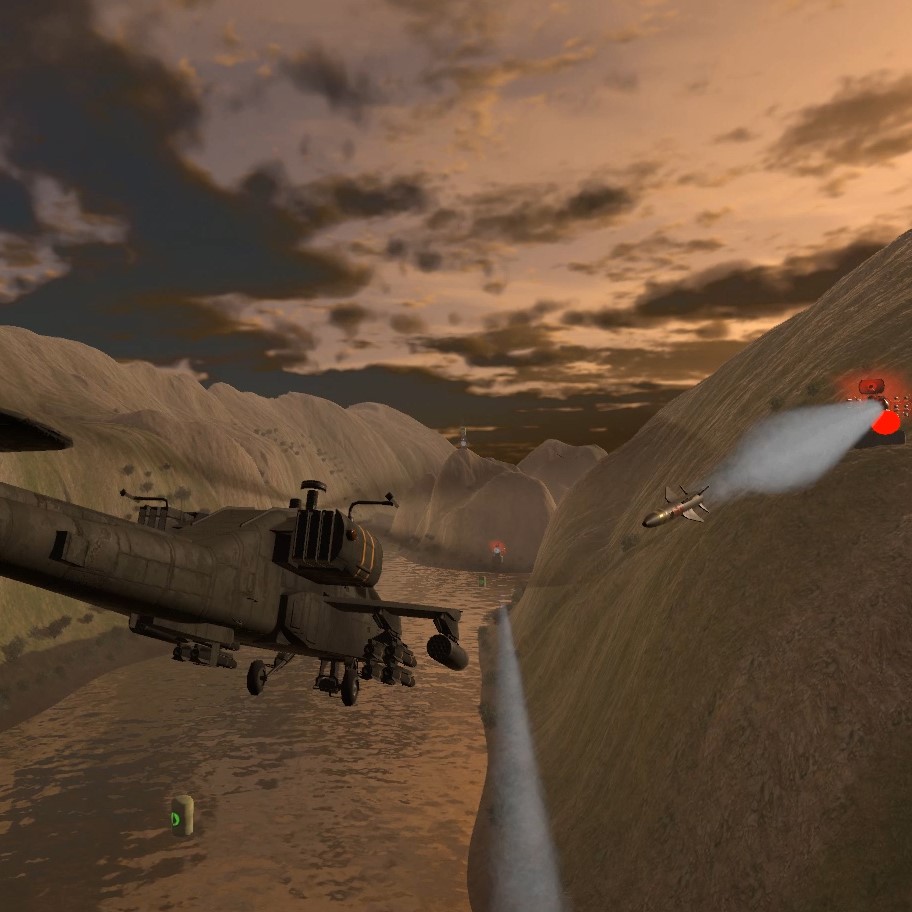 If you’ve been looking for an excuse to try out River Run, see how it feels to lasso a bandit on mobile VR, fill your house with additional VirZOOM bikes, or curse at us for being so evasive on details about new games in the pipeline, then this week’s update is for you. In addition to some game tweaks, there’s a lot going on “under the hood” with this release, including a firmware update you’ll want to be prepared for. PC and Gear VR updates are up already, with PlayStation updates on the way shortly.

Bike firmware updates are rare around here, but be advised that this one can take 90 seconds, so take some extra time to stretch before your next workout while that loads. This update makes it easier to use multiple VirZOOM devices in the same place. (It only syncs free devices that are being pedaled, so you don’t have to be so careful about the order you turn bikes on anymore.) Even if you’re thinking to yourself, “What? I’m never gonna have two bikes in the same place,” you might appreciate this feature if you ever decide to take a VZ Sensor to the gym. And speaking of VZ Sensor…

VZ Sensor support for Oculus Rift, HTC Vive, and Gear VR is now in the new build and the new SDK. While most won’t get their hands on VZ Sensor until after it ships in October, we’ve already heard from developers who are gearing up to see what they can do with this little gizmo, so keep an eye open for more VirZOOM-ready games down the line. You can pre-order VZ Sensor for a $10 discount (a total of $89.95), and just like with our bike, there’s a 30-day money-back guarantee if you aren’t totally impressed.

Mobile offerings have also expanded on VirZOOM Arcade, now including our bandit-lassoing bonanza, Jailbreak!, alongside Le Tour and Thunder Bowl. That’s updated now for Gear VR, and will be available right away on Daydream when VirZOOM Arcade is available on that platform (soon!).

VirZOOM Arcade on PC and PS4 also sees a number of tweaks in this update, including updated and easier-to-find Tips menus (look under Options and in in-game menus!), a couple major bug fixes (with apologies to anyone who actually enjoyed starting Le Tour way up in the sky), and some gameplay tweaks. Notably, River Run receives a new score multiplier for uninterrupted shooting streaks, plus more fuel in the early game, and reduced fuel availability as you progress, making it a little easier to get into but potentially trickier and more rewarding to play for longer.

Coming up on our agenda, we’ve got some additional adjustments to release for Gem Hunt and Gate Race, an improved process for taking international orders, and more all-new games on the way. We had our first company-wide free-for-all to try these new game prototypes, and while we still can’t say for sure which games will make the cut, we’re making progress. We have confirmed, for instance, that dragons are cool. And we can’t promise we’d actually release a VR racing game where you get to kick other racers, but let’s just say that we’ve proved it can be done.

What are you most looking forward to from VirZOOM down the line? Drop by the forums and let us know!